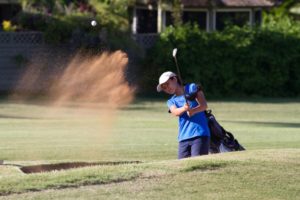 Meet Summer and Maile Wong, two talented and yet humble young ladies who are enjoying growing up as members of Maui Country Club. Their parents, Darrell and Bettina became members in 2005 when Summer was just a baby. From their home in Haiku, their vision like many young families – to enjoy the lifestyle with friends and take advantage of the many sports opportunities that happen here. 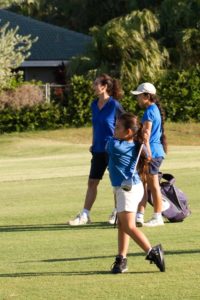 Although Bettina’s parents are avid golfers, she has a love for tennis and introduced the girls to the game at a young age. Summer began playing tennis at the Club and joined Wailuku Junior Tennis as a competitor. A couple of years later Summer recalls seeing golf on TV and was inspired to learn the game. At the age of six she started to play golf and learned quickly under the tutelage of Henri Yogi and Dodd Hessey at Maui Lani “The Dunes” golf course. Summer and Maile’s current coach is Cathy Torchiana from Wailea Golf Course (and former University of Southern California ladies’ golf coach).

Darrell describes walking in to the Club’s golf pro shop the first time, “We didn’t know what to do; but we started to play and the members were very helpful.” Summer warmly credits the help she’s received from members Ray Tendo and her “club customizer” Mitch Bradley, who has assisted with equipment, even lengthening her clubs as she’s grown in the game. “They’ve been so encouraging, offering tips to the girls and really taking an interest in their progress.”

Summer enjoys writing and drawing, runs cross-country, and plays the saxophone in the Seabury Marching Band. This summer she played as many tournaments as possible. She and Maile both qualified for the West Coast Regional “Drive, Chip & Putt” Tournament next month in Los Angeles. “The winner gets to play as part of the Masters at Augusta,” Summer said with a wistful look, “so we’re excited about going!” She practices at the Club often and enjoys plugging in her headphones, walking the course and focusing on her game. “I love playing here with my friends,” she said, “it’s fun because it’s easy to walk – nice and flat – and easy to play. Plus we love having shakes and fries afterwards and cooling off in the pool!” 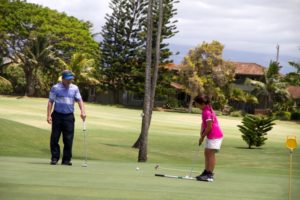 The local & state junior golf programs offer young golfers many opportunities, from equipment to instruction to tournament play; and there are so many from here to the mainland it can be a challenge to keep up. Both Wong girls compete in the Hawaii State Jr. Golf Association (HSJGA) program, which helps toward their shared goal of a college golf scholarship. Summer’s academic accomplishments include the Seabury 7th grade Headmaster’s List (4 quarters of 4.0 GPA); taking 2nd in the Hawaii State Science Olympiad with partner (and member) Ryder Tremble; attended the John Hopkins University Center for Talented Youth Program; and was a finalist in the Hawaii State Youth Art Month.

You might ask, how does a little sister follow in such big footsteps? Actually, quite well! Just three years younger, Maile Wong got an early start and took to the tennis courts with her mom and sister. A regular in Coach Cason’s Jr. program, she recently took 1st in the consolation round at the 2016 Wailuku Jr. Tennis Club Winter Sectionals. Maile began taking regular lessons with MCC Golf Pro Mark Shimamura; and you will see them out on the course regularly, working on various aspects of her game.

Maile attends Carden Academy and finished 4th Grade with a running 4.0 GPA for all 3 trimesters. She enjoys playing volleyball, skiing, snowboarding, and surfing. 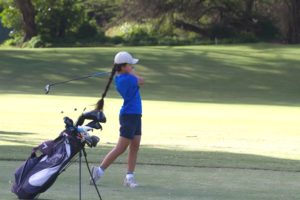 Darrell & Bettina can be seen at the Club with their girls often, and like many member parents, travel to support their children with opportunities to excel and compete. Darrell offers this advice, “Be patient and let them play. And don’t be shy or intimidated by the game. You will all figure it out if your kids want to play.” Well said and well done Dad!

Mahalo to Darrell Wong Photography for the images. 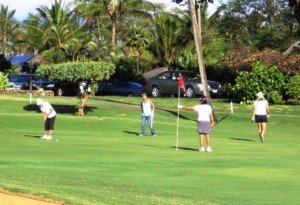 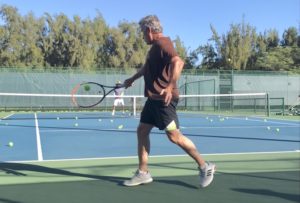 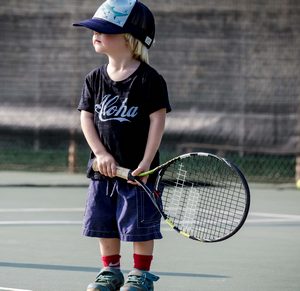