“It’s Just What a Country Club on Maui Should Be”

Everything was ready. The event of the year was underway when the Maui Now crew arrived to film Maui Country Club and members in action. As Martin & Paula, Ridge and Kai Lenny began their interview the first “moment” happened – the crew connected with members they knew – and were so surprised at their encounters here where they least expected it. Set aside your thoughts of what a “country club” is and join Kiaora Bohlool as she explores what MCC members know, “They say it’s just what a country club on Maui should be.” 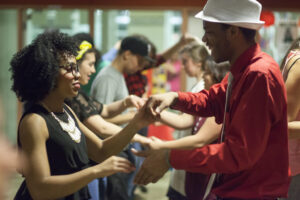 Cubano Salsa! Learn Salsa with Samuel Charles Wednesdays @ 6-7:30 pm   Reserve your spot today! Call (808) 877-7282 or on CourtReserve.   This event is exclusively for the members of Maui Country Club and… END_OF_DOCUMENT_TOKEN_TO_BE_REPLACED
View Calendar